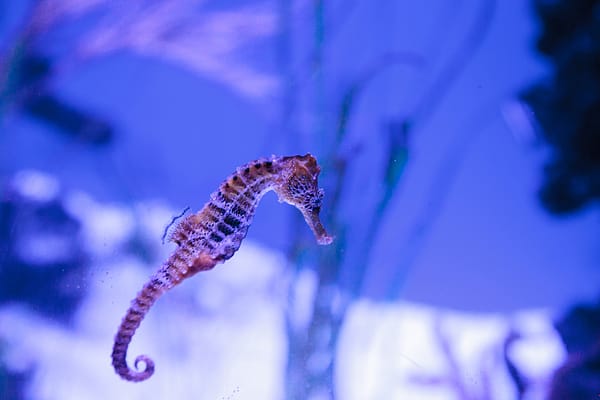 The Reidi is often referred to also as the Longsnout Seahorse and is found in the Western Caribbean. Seahorses of this kind have been identified as Captive-Bred within Tiawan and can be found in Yellow as well as the Black color options. The color may change within the aquarium, and is dependent on the color of the environment.

It’s best in pairs or in a smaller group of its own in an aquarium that is exclusively for species that is 30 gallons or more. The higher the tank is, the better. At least 16 inches tall is ideal, since good circulation is the most important factor. It can be a good match with shy, small fish like gobies clowns, ocellaris, and firefish. However, aggression, territorial fish or fish that move fast, do not have a good time with a mate.

Once it is ready to mate the male Reidi Seahorse will delight the female with the dramatic changes in color as well as energetic pouch displays and lots of elegant dance. If the female is open, the potential partner will tie tails, dance, and then promenade before depositing more than 600 eggs into the pouch of the male. Within 14 days the male will have between 50 and 400 miniature copies of the couple.

The aggressive, fast-moving fish will beat the Reid Seahorse for food. When the fish is first introduced to the aquarium Live saltwater feeder shrimp can be used to draw the fish to consume. The Captive-Bred Seahorses are used to mysis shrimp that are frozen and are a great alternative to wild-caught counterparts. They also feed on amphipods as well as other small crustaceans in live rock. They also eat adult brine shrimp with vitamin enrichment however they shouldn’t comprise a large portion of their food intake. They are slow-conscious feeders and would like two or more small meals a day.

Seahorses are most likely to spend their time hanging onto seagrass by their prehensile tails instead of swimming. Its unique characteristics and behaviors make it one of the most impressive fish that can be kept in your home aquarium.

This tiny fish is more smooth than many of the seahorse species, but nevertheless, it displays a range of colors as well as the ability to rapidly change color to provide camouflage. It’s a weak swimmer who likes to steal small prey from its hideout in mangroves, seagrass or gorgonian corals, swiftly suctioning them into its teeth-less snout. They are mates for life with complex bonding rituals and courtship and the male bears the embryos into the brood pouch. The longsnout seahorses can reach 7 inches and live between one and four years old.