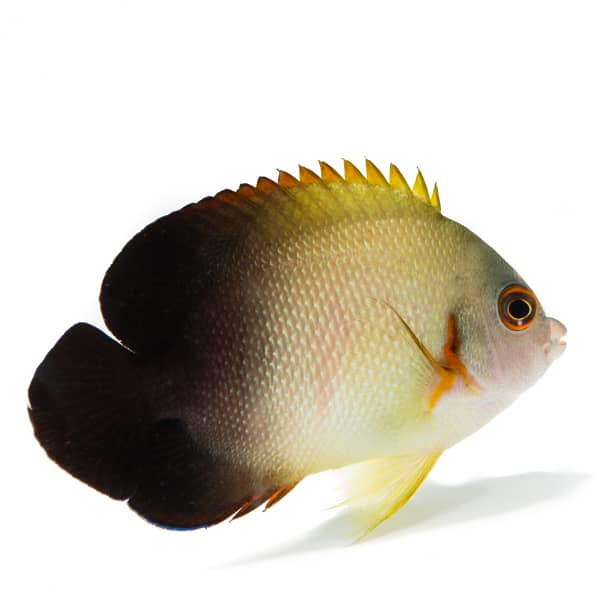 Half Black Angelfish, like its name, is half black and half pearled the coloration.

It will require at least a 70-gallon tank, with plenty of hiding spots. The
Half Black Angelfish ought to be the only small angelfish in the tank. It
It is not a reef dweller, and can consume soft coral polyps mantles of clams
and zoanthids.

It’s extremely hard to breed in aquariums, and there is no distinct distinction in color between males and females.

A diet for half black angelfish Half Black Angelfish should include Spirulina and marine algae mysis shrimp, as well as other meaty dishes, and live rock to eat.

General information regarding Half Black Angelfish

The Half Black Angelfish black (centropyge vroliki), like its name, can be described as half pearled and half black in its coloration. A Half Black Angelfish should be the only dwarf angelfish your tank. It’s not reef safe, and it could consume soft coral polyps, mantles from clams, and Zoanthids.

Half Black angelfish are known to consume an extensive diet of crustaceans and algae when they are in nature. In captivity, the diet will comprise of Spirulina as well as marine algae mysis shrimp, as well as food preparations that include sponges and algae.

Centropyge vroliki is a native of it’s origins in West Pacific region. The range of distribution for the species extends between Christmas Island in the eastern Indian Ocean and Bali to the Marshall Islands and Vanuatu, from north to southern Japan south and south to Lord Howe Island and in the Tonga Reefs.