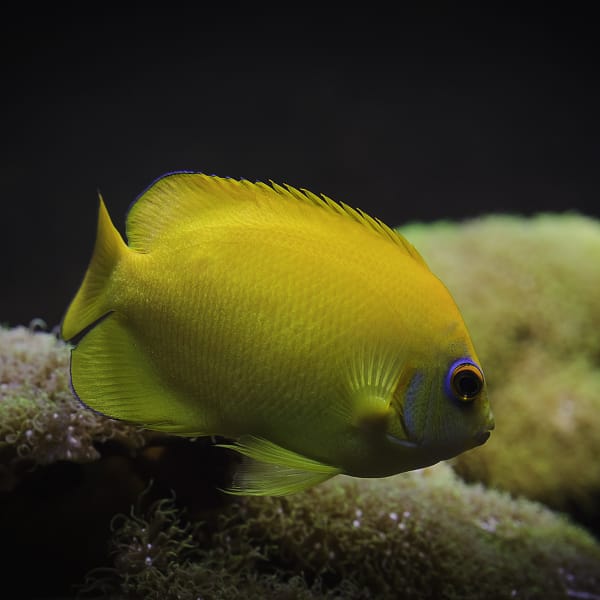 Dietary requirements of the Lemonpeel Anglefish should consist of Spirulina as well as marine algae. High quality angelfish preparations Mysis, frozen shrimp as well as other meaty products. This fish requires more seaweed and algae in its diet than other angels.

The Lemonpeel Angelfish is a cheery yellow color with blue highlights on the lips, surrounding the eyes, the pectoral fins, and caudal, dorsal, and anal fins. To keep from confusion to the False the Lemonpeel Anglefish (C. heraldi) that does not have blue highlights. The Lemonpeel Angelfish needs hiding spots as well as large quantities of live rock in order to feed on the growth of microalgae. It’s very likely to nibble at large-polyped stony corals and clam mantles. The diet for the lemonpeel angelfish should comprise Spirulina and marine algae, top-quality angelfish preparations Mysis, frozen shrimp, and various other fleshy products. The angelfish needs more seaweed and algae to eat than the majority of angels.

The species is found widely throughout the species is widely distributed in the Western Central Pacific region. There are several sites that have been recorded as having existence comprise those of Ogasawara as well as the Ryukus Islands in Japan, Tuamotu Archipelago excluding Hawaii and Johnson Atoll, Coral Sea and the Great Barrier Reef in Australia. A number of populations have been observed throughout Palau, Philippines, New Guinea and Indonesia.