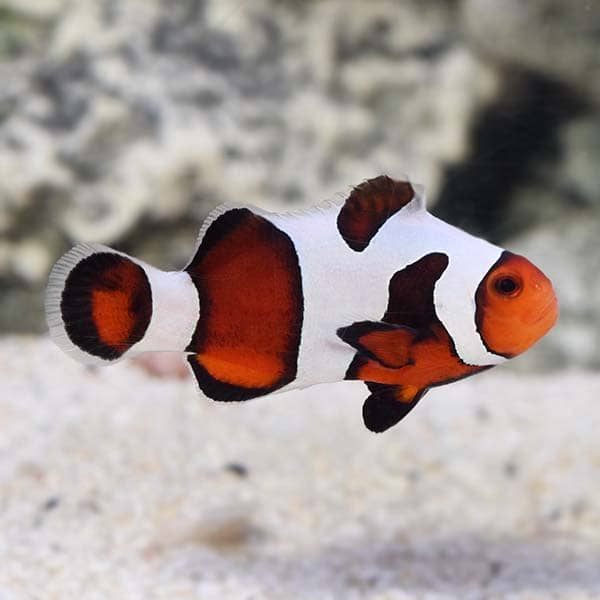 What is it that makes this ORA® Mocha captive-bred Gladiator Clownfish so attractive is the contrast between mocha and white color to create the most dramatic impact. Additionally, the fact that they are captive-bred in order to help save the world’s fragile reefs gives you an aquatic species that you can be confident about buying.

The Ocellaris Captive-Bred Clownfish may be kept in conjunction with different clownfish that are captive-bred, when added to the aquarium in the same way.

This Captive-Bred Ocellaris Clownfish is also very easy to breed in home aquariums. females will be the largest of the pair, the pair generally stay close to each other in the aquarium. The Captive-Bred Ocellaris is an egg laying fish. It will deposit eggs onto a smooth surface. They also protect the eggs from tankmates. The eggs are usually born in between 6 and 11 days, depending on the temperature of the water. The fry should be kept in separate tanks eating rotifers and then baby brine shrimp.

The Clownfish is a ferocious eater. It is tolerant of meaty food items and frozen herbivore dishes.