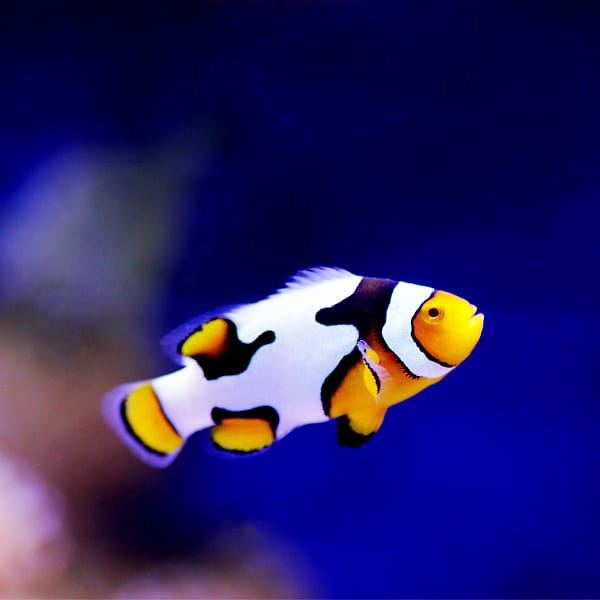 According to ORA the well-known Captive-Bred Clownfish was originally produced by the Tropical Marine Centre (TMC) in the UK in the year 1999. Around 100 species were exported ever to the United States, making the F1 Snowflake Clownfish broodstock direct from TMC extremely rare. ORA has acquired the very first set of F1 Snowflake Clownfish in 2005 and has been working to develop a stronger and more vibrant version of this stunning clownfish since then.

The  Snowflake Clownfish is simple to breed in your home aquarium. Females will be more dominant. The fish generally stay close to each other in the aquarium. Clownfish lay eggs and deposit them on flat surfaces and protect eggs from their tank mates. The eggs usually hatch within 8 to 11 days, based on the temperature of the water. The fry need to be raised in separate aquariums with a diet consisting of rotifers and then baby brine shrimp.

A diet for this ORA fish comprises almost all meaty food items as well as herbivore recipes.

The majority of clownfish are omnivorous feeders which means that they consume a variety of kinds of food. The diet of clownfish includes crustaceans (such as amphipods and copepods) and polychaete and algae worms as well as leftovers from eating anemones. The captive-bred fish have been trained to consume a variety of fish foods, including pellets as well as flake foods frozen Mysis shrimp, brine shrimp, and other frozen foods.