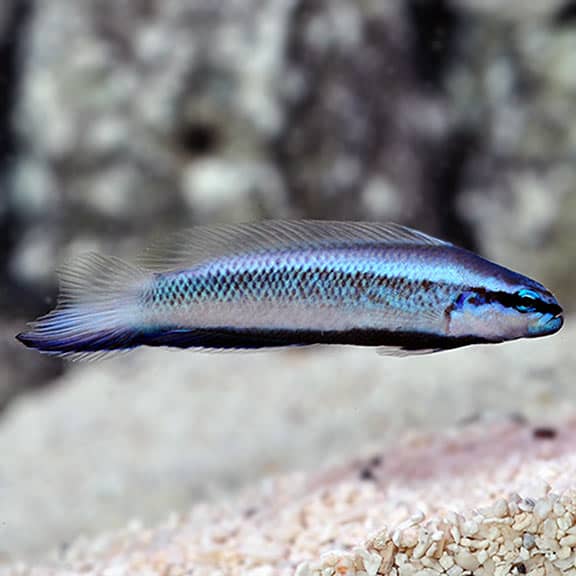 Electric Indigo differs from its predecessors in that it has a three-color scheme instead of just two. The black stripe that runs down the middle of the body is much more distinct than an Indigo and the bottom in the fish’s body is white in hue. The most striking aspect is the light blue-to-turquoise hue on the top. Electric Indigo exhibits the elegant caudal filament that is found inside the Striped Dottyback lineage.

Similar to the Indigo Dottyback, the Electric Indigo can readily change its color based on mood or its level of comfort. Once they’ve settled they look amazing. Electric Indigo is rather peaceful.

This ORA® Captive-Bred Electric Indigo Dottyback must have a balanced diet comprised of food items specifically designed for carnivores.

If you keep it in a reef tank, it is recommended that the ORA® Electronic Indigo Captive Dottyback must be fed daily.