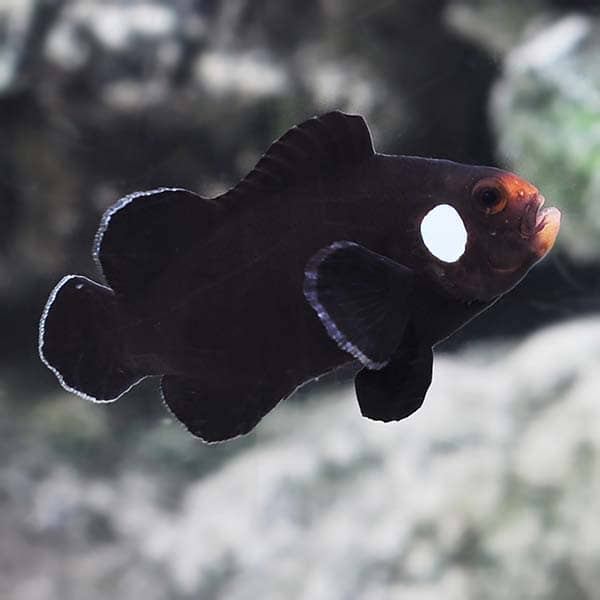 Captive-Bred clownfish have a unique advantage over species that are wild-harvested. Captive-Bred Clownfish are very robust and are more accustomed to the conditions that are common in home aquariums. Thus, they are the perfect choice for newbies as well as experienced aquarists.

The ORA® Double Dot Captive-Bred Domino Clownfish is also simple to breed in your aquarium at home. Females are the largest of the pair. The two species typically stay close to one to each other in the aquarium. Clownfish are egg-laying fish that lay eggs on flat surfaces and guard them against tankmates. The eggs are usually born between 8 and 11 days, depending on the temperature of the water. The fry need to be raised in a separate tank with a diet consisting of rotifers then followed by the baby brine shrimp.

A diet for the ORA Double Dot Domino Clownfish is comprised of meaty food items and herbivore-based preparations.

These offsprings of Midnight Clownfish range from completely stripeless to distinctively patterned Extreme Misbars. Sometimes we see Midnight Clownfish with dots, thanks to our dear buddy Julian Sprung we have named these fish Dominos. The distinct white markings could be seen on the cheeks.