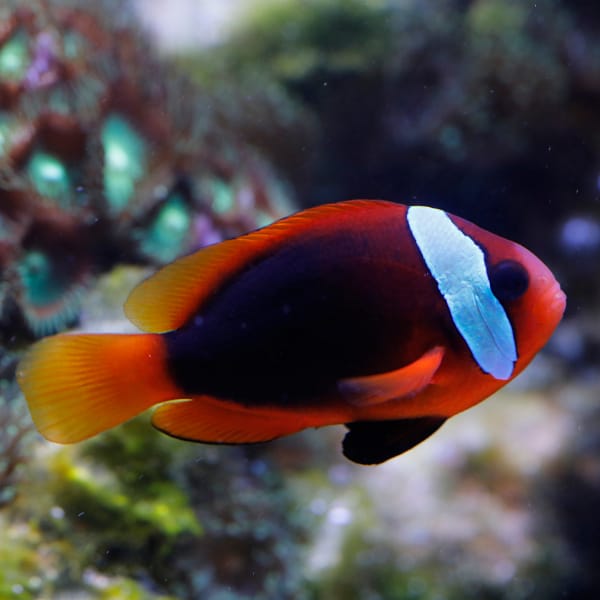 This ORA® Captive-Bred Cinnamon Clownfish originates from the Coral Sea, and is an alternative to the stripe-less variety from the ORA® Captive-Bred Cinnamon Clownfish. In their juvenile stages, the clownfish sport thin lines of white on their heads. As they grow older and become adults, they will shed the head bars. The pelvic fins and flanks become black, while their abdomens and heads will retain a gorgeous cinnamon red.

Captive-Bred Clownfish is also simple to breed in your home aquarium. Females are the most massive of the two, and the two fish are likely to remain close to one another within the aquarium. They are egg-laying fish and lay eggs on flat surfaces, and will protect eggs from the tank mates. The eggs are usually born within 8 to 11 days, based upon the temperatures. The fry need to be raised in separate tanks with a diet consisting of the rotifers, followed by baby brine shrimp.

It is believed that the Cinnamon Clownfish diet consists of the majority of meaty food items and herbivore-based preparations.