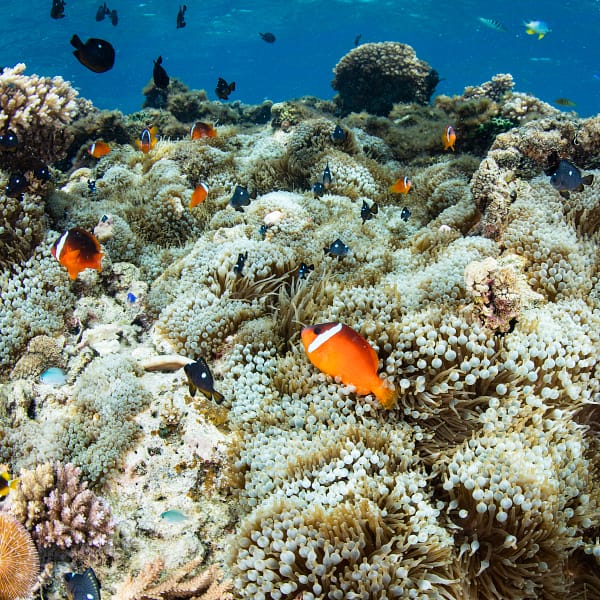 This Fiji Barberi Clownfish is a new species which was recently discovered by Gerald R. Allen. For a long time, it was believed to be a color variation of the Australian Clownfish Amphiprion melanopus that is distributed across in the Western Pacific Ocean. This brand new species of clownfish is different from Amphiprion melanopus due to colouration as well as having less spinules on their operculum. The newest addition to the Pomacentridae family is a striking reddish-orange body that is tinged with an enthralling bright orange tail, face and dorsal pectoral, caudal, and anal fin. Apart from being stunning and durable, the Fiji Barberi Clownfish is quite active and makes a stunning and eye-catching focal point.

Like other anemonefish or clownfish Fiji Barberi Clownfish can form a symbiotic connection with larger anemones, such as Entacmaea quadricolor. This Fiji Barberi Clownfish is native to the reefs of Fiji, Tonga, and Samoa. To get the most natural habitat, keep the Clownfish inside larger aquariums that have plenty of rockwork in which it is able to conceal. Also, care must be taken when selecting tankmates as the Fiji Barberi is somewhat aggressive and can frighten those who are timid or docile fish by its loud activities.

For optimal treatment for your Fiji Barberi, give the Clownfish a varied diet which includes meaty items for food like mysis shrimp, frozen dishes, and flake-based foods. Some aquarists claim to have bred this species in their home aquarium, with and without the host anemone.