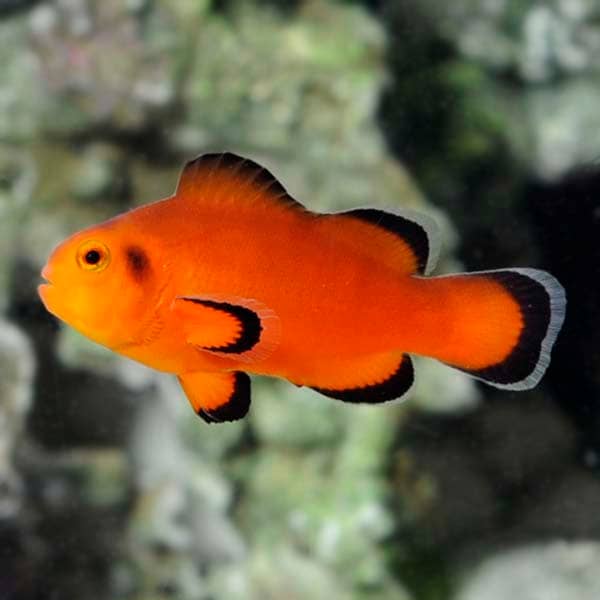 We are pleased to present this widely-available designer clownfish. It is the ORA® Captive-Bred Naked Ocellaris Clownfish often referred to by The No-Stripe False Percula is a completely unique, spontaneous variation of Amphiprion Ocellaris. It has no stripes (barring), the Naked Ocellaris Clownfish energizes any aquarium by displaying a vivid display of vibrant, cheery colors.

Captive-bred clownfish are simple to breed in your home aquarium. Females are the largest of the two as the fish typically stay close to each other in the tank. Captive-bred clownfish are egg-layers and lay eggs on flat surfaces and protect them from tankmates. The eggs usually hatch between 6 and 11 days, depending on the temperature of the water. The fry need to be raised in a separate tank with a diet consisting of Rotifers followed by baby brine shrimp or calunus.

Captive-bred clownfish are omnivores needing both meaty and non-meaty food along with some greens as part of their diet. A premium marine flake, high in spirulina algae along with freeze-dried and frozen foods is a common choice.

A fish with no white stripes. They are tranquil and a robust fish that will take an assortment of anemones. They attain a maximum size of 3 inches.