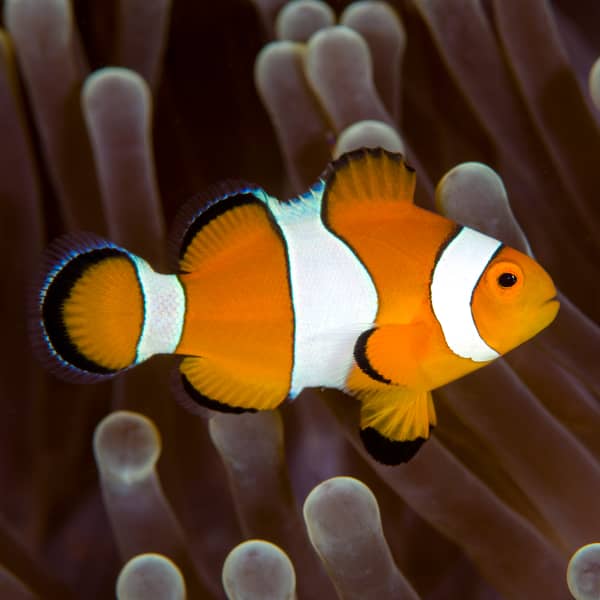 It is believed that the ORA® Captive-Bred misbar clownfish has distinct advantages over species that are wild-harvested. One of them is that it is Captive-Bred Misbar Ocellaris Clownfish is extremely robust and is more accustomed to the conditions that are common in aquariums at home. It is the perfect choice for newbies and experienced aquarists alike. It is also able to be kept alongside many other clownfish that are captive-bred, in the event that they are introduced into the aquarium in the same way.

This Captive-Bred Clownfish is also easy to breed in a home aquarium. Females are one of the biggest of two as the pair typically stay close to one another in the tank. This Captive-Bred Clownfish is an egg layer that will lay on a level area and defend them from tankmates. The eggs usually hatch in between 6 and 11 days, depending on the temperature of the water. The fry should be kept in separate tanks with a diet consisting of rotifers, followed by babies brine shrimp.

This Clownfish is a ferocious eater. It is tolerant of meaty items, frozen food, and herbivore recipes.

Ocellaris clownfish that lack their caudal stripe, or have an unfinished center stripe. Sometimes, they might be missing a head bar and have a head bar that isn’t complete.

The unusual designs are a big draw for enthusiasts who love unique pieces.