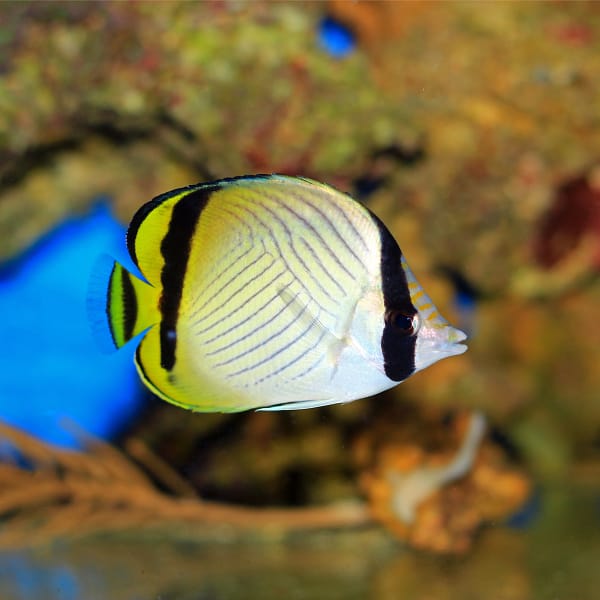 The Vagabond Butterflyfish isn’t a safe reef fish. They feed on algae, anemones, as well as coral polyps in the wild. It can eat meaty food and also filamentous algae.