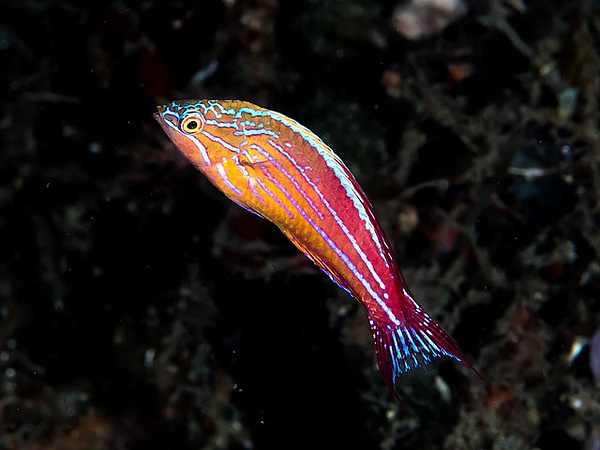 The Royal Flasher Wrasse is a peaceful as well as active species that can provide both movement and color to a reef or fish-only aquarium. A properly-filtered, established marine aquarium of 55 gallons or greater that is aquascaped and adorned with rockwork, is an ideal habitat. This Royal Flasher Wrasse does not bother corals or other invertebrates which makes it the ideal fish for your reef tank. In general, a single male of the Royal Flasher Wrasse could be kept in several females which are introduced before or in the same manner to the male. Like other flasher wrasses Royal Flasher Wrasse likes to jump, and a tightly fitting canopy is vital.

The Royal Flasher Wrasse (Paracheilinus angulatus) has stunning coloration as well as hardiness and activity levels, making them extremely popular in the hobby of aquariums. When you are starting a new aquarium the Carpenter’s Wrasse is able to live in groups. They should be the first fish added because they can be harmed by other fish. Additionally, females should be introduced prior to males due to the same reason. Males are slightly bigger and females are lighter. Their colors will change and flash when they are in courtship. It is recommended to have a secure lid since they are known for jumping out. Their diet should consist of frozen meaty items such as brine shrimp and marine pellets as well as flakes. This wrasse has a very high metabolism and is recommended to eat a few smaller meals, rather than two large meals per day. They are small in adult size of 3″ this is another explanation they are so sought-after. Their an orange coloration, with red and blue horizontal stripes as well as an underside that is yellow/pink.