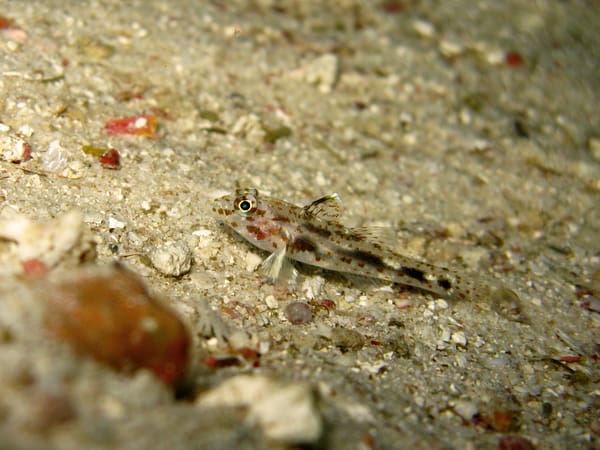 The ORA® Captive-Bred Cave Transparent goby also called the Bridled Goby, is a native of reefs in Fiji and the Maldives. They can be found in and around soft and hard corals. The name of this fish comes due to its transparent look. This fish’s entire body is coated in orange spots. This ORA® Captive-Bred Cave Transparent Fish comes with distinct advantages over species that are wild-harvested. It is one of the reasons that this Captive-Bred Cave Transparent Goby is extremely durable and more used to the conditions in aquariums that are used in homes. It is, therefore, an excellent choice for beginners as well as experienced aquarists. This goby could be kept in conjunction with a range of other captive-bred gobies in the event that they are introduced into the aquarium simultaneously.

It is required to have an 10 gallon or bigger aquarium, preferably with the ability to branch coral. It is not likely to become aggressive with other fish however, it will battle with its own species in smaller aquariums. Thus, it is recommended to keep it in a docile environment with other species.

Its diet is to consist of various brine shrimp, frozen mysis shrimp, table shrimp, and frozen food recipes for carnivores. If it is housed in an aquarium that has living branching corals, it should be fed daily. If the aquarium is that is not surrounded by coral substrate it will require multiple feedings each day.

The Cave Goby Fusigobius pallidus is native of reefs in Fiji, the Maldives as well as Fiji. They can be found in and around soft and hard corals. The name of this fish comes because of their transparent appearance. Its body is coated in orange spots. It’s not likely to be aggressive with other fish, however, it will fight its own species in smaller aquariums. So, it is recommended to keep it in a group with other species that are docile. The Cave Transparent Gobies are known to reproduce successfully in aquariums. These translucent fish usually create a cave beneath a rock. They place their eggs on the upper part of the cave.