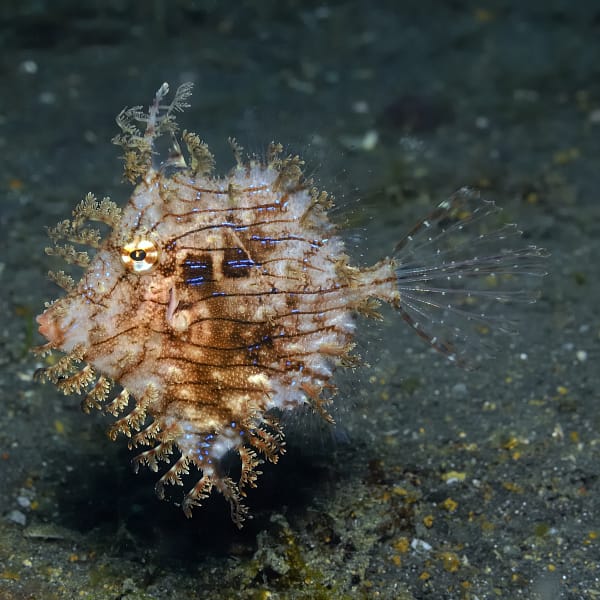 Tassle Filefish, also known as the Leafy Filefish or Prickly Leatherjacket Filefish, is camouflaged through its dark body and light horizontal stripes.

It’s ideal for a 180-gallon or larger aquarium that has weedy areas, stones, and at the very least one suitable shelter. It is a tranquil fish that doesn’t bother fish tank mates except for members of the same family or similar types.

Tassle Filefish feeds on a diet that is rich in fleshy food items like chopped shrimp and clams, squid, fish, frozen algae, as well as vitamin-rich food items. It should be fed no less than three times per day.

The Tassle Filefish can be disguised thanks to its light body, complemented by black horizontal stripes. It’s ideal for an aquarium with plenty of weedy areas and rocks with an appropriate shelter. It is a calm fish that is not a nuisance to its tankmates except for members of its own family or other related species.