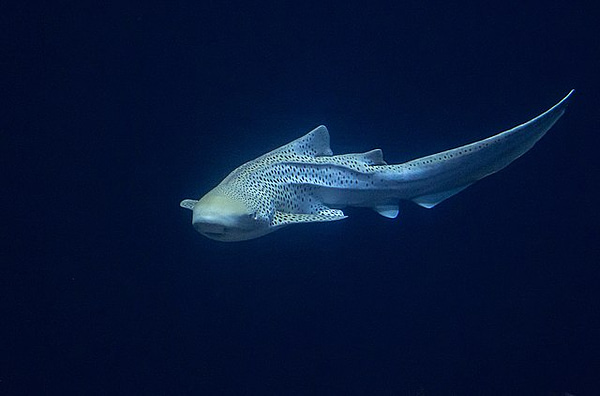 If you’re looking to add a moderately-sized shark to your tank, then the ORA® Captive-Bred Speckled Carpet Shark is the right choice for you! The Captive-Bred Speckled Cat Shark grows rapidly but is only about 30 inches in the aquarium of your home. It has a long, tan body and small, round pelvic and pectoral fins. The majority of the shark’s body is covered in small brown spots or speckles like those found on leopards. Leopard. There are also more extensive saddle spots, which are typically located on the sides of the back.

The Captive-Bred Speckled Carpet Shark is indigenous to northwestern Australia in northern Australia and New Guinea. The fascinating creature uses its pelvis and pectoral fins to walk across the surface in a wiggle kind of motion. Its method of moving is useful in the event that it comes to the Speckled Carpet Shark ventures into the tide pools during low tide to search for crustaceans and other small creatures in crevices and rocks.

This shark is thought of as an animal with expert status. Set up an aquarium 200 gallons or more in size, with clean water conditions. A carefully chosen tank companion to ensure long-term successful results. Sand is the most preferred substrate since you can see that the Speckled Carpet Sharks abdomen is easily scratched with a coarse substrate, which can lead to an infection.

Give the Captive-Bred Speckled Shark a safe, low-stress environment that has minimal disruption, and does not expose it to copper-based medicines. Captive-Bred Speckled Carpet Shark is predominantly nocturnal, and not very active, but it is frequently seen playing in the sand, with its snout in search of prey that has been buried in the sand between dawn and dusk. It does not chew up prey like other sharks, and it will consume only bite-sized pieces of food that fits into its mouth.

It has an appetite for meat and should be fed the freshest food available when the shark is active, which is usually around the time of dawn or dusk. In the event that the Captive-Bred Speckled Shark is seen roaming around the aquarium during daylight hours, it should get fed more.

We are able to promise that ALL aquatic species we provide will be alive and in good health. However, due to the higher amount of attention required for this specific species, it was designated “Expert only.” This species is only recommended for aquarists who are experts or zoo institutions. Expert only aquatic life is not covered by our guarantee for a period of time after their arrival.

Speckled Carpet Sharks (Hemiscyllium trispeculare) are a tiny benthic shark species that is native to the northwestern part of Australia. The shape and size of this species are like those of the Epaulette Shark (Hemiscyllium ocellatum) with a longer body with small, round pelvic and pectoral fins as well as an estimated maximum size of just 31 inches. Patterns of the Speckled Carpet Shark consist of densely spaced fine spots that cover the entire body and head. The overall color is tan and has saddles of dark brown that comprise dark groups of spots. The distinctive ocelli, also known as “epaulettes” are clearly defined and are bordered by a white-colored halo, and a dark patch on the rear.

Speckled Carpet Sharks are most active at night and remain in a protected area in the daytime. Instead of swimming all the time around the tank, they prefer to be bottom dwellers, who can swim in short bursts, but it is preferential to “walk” around with their fins that are paired. In the wild, they display this behavior by walking between tide pools while they search for their favorite prey species which include smaller fish and crustaceans cephalopods, mollusks, and polychaete worms. Speckled Carpet Sharks will only consume food that fits inside their mouths, and they aren’t tearing off their prey as with traditional sense “traditional” predatory sense. They prefer bite-sized pieces of food that they chew carefully before swallowing.