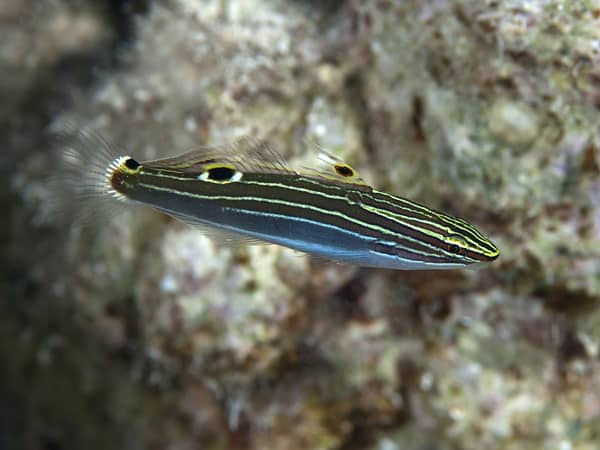 Hector’s Goby is also called Hector’s hover Goby is a black-blue body that is bright yellow with horizontal stripes as well as an eye spot on the fin’s dorsal.

A larger or 10 gallon aquarium that has plenty of hiding spots is ideal for the fish. It can be placed within a tank for reefs where the fish will sift sandy soil and feed on hair algae. It’s non-aggressive to other fish and won’t bother invertebrates in the tank.

Hector’s Goby is easy to feed and its diet is comprised of the majority of marine food. It is a huge eater of worms, algae, and other prepared food items like mysis shrimp that are vitamin-enriched as well as brine shrimp.

To achieve success with Hector’s Goby (koumansetta hectori) a 10 gallon or larger aquarium with lots of hiding spots is the best habitat. Hector’s Goby is a great choice in a reef aquarium, and it will sift dirt and also feed on hair algae. It’s not aggressive towards other fish and won’t cause trouble to invertebrates within the tank.