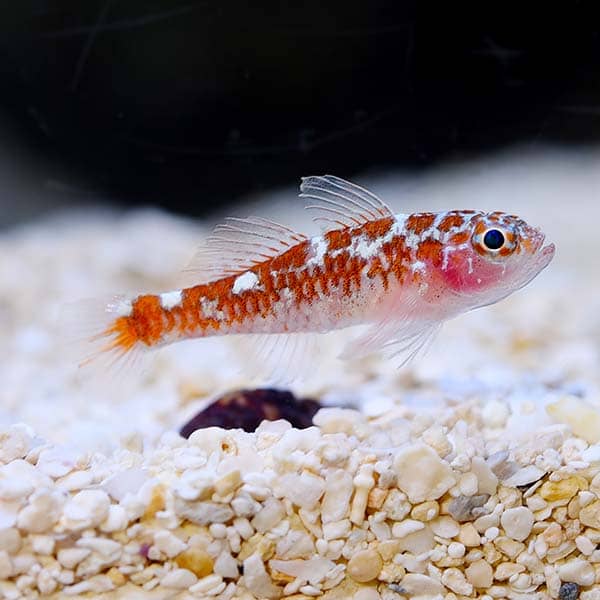 The Biota® captive-bred White Spotted Dwarf Goby is often referred to by the name of Grooved Dwarf Goby. The goby is often seen throughout The Western Pacific Ocean from Indonesia to Australia as well as in island groups that lie north from Guam and southeast up to Fiji as well as Samoa.

This Biota Captive-bred White Spotted Dwarf Goby is perfect for small or large reef aquariums as it won’t bother corals or smaller decorative crustaceans. At first, they are a brick red colored. Gobies may be frightened or agitated, so ensure that your tank is protected with a secure cover or lid.

The Captive-Bred White Spotted Goby also has distinct advantage over the wild caught species. In addition, this Captive-Bred White Spotted Goby is extremely hardy and more comfortable with the conditions that are common in home aquariums. This makes it an excellent choice for beginners and experienced aquarists alike. It can be kept alongside different smaller fish that are captive-bred.

The aquaculture-produced white spotted dwarf gobies (also called the grooved dwarf goby) are a fish worth looking at. The attractive fish is perfect for huge and nano-sized marine aquariums. Although it can be a little nervous and jittery, it sometimes will dive into the water column to catch Zooplankton, as well as other food objects.