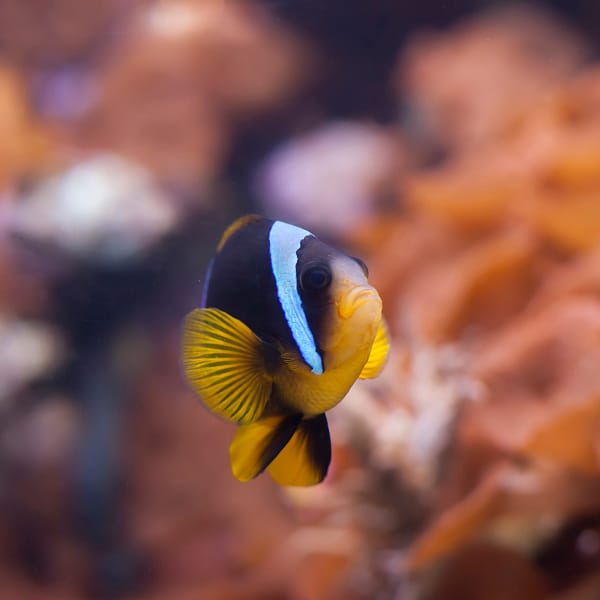 This Biota Captive-Bred Blue Striped Clownfish offers other advantages that are unique to wild caught species. It is one of the reasons that it is Captive-Bred Bluestriped Clownfish is very robust and is more comfortable with the conditions of home aquariums. It is the perfect choice for newbies as well as experienced aquarists. The Blue Striped Clanfish Captive-Bred can also be kept in conjunction with other captive-bred clownfish when introduced to the aquarium in the same way.

Captive-bred clownfish are simple to breed in the aquarium of your own home. Females are the biggest of the two, and the two fish are likely to be close in the tank. These fish are egg-layers and deposit their eggs on flat surfaces, and will protect the eggs from the tankmates. The eggs are usually born between 6 and 11 days, based upon the temperatures. The fry needs to be raised in a separate tank with a diet consisting of baby brine shrimp, and rotifers.

It is important to note that the Blue Stripe Clownfish doesn’t actually have a real blue stripe. The stripe is actually white and reflects natural light, giving it a blue-colored appearance. The result is very similar to the blue hue that green chromis typically possess. The fish is often sought-after because it isn’t as popular as other clownfish. Clownfish are frequently admired when they are seen in an Anemone. Clownfish and Anemones are not dependent on each other to live or thrive. Since Anemones require intense light and a stable and stable environment in a well-established reef aquarium, it’s usually better to choose an aquarium that is less maintenance in order to keep a clownfish.

Clownfish are tolerant of any marine-based diet that you can offer them. Offer a variety of food items, including frozen mysis shrimp, fresh shrimp silversides, flake pellets, and various other commercially prepared food items. If you have a coral or anemone the clownfish could take food to its host and feed it.