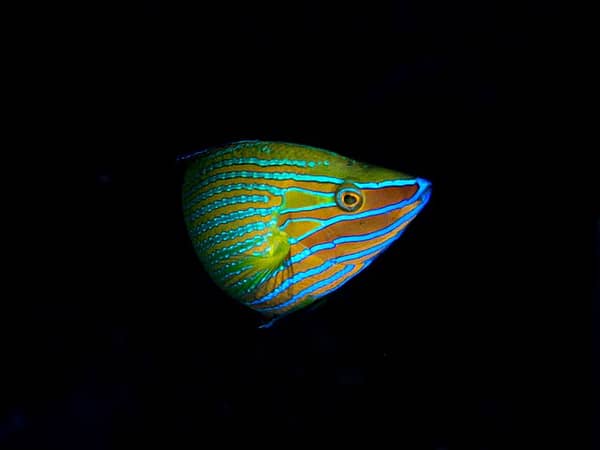 Richmond’s Wrasse is a true show-stopper! With vibrant colors, two fake eyes in their youth and lots of personality Richmond’s Wrasse is sure to create a excitement when you upload photos of this gorgeous animal on social media. The Richmond’s Wrasse features distinct chain-like lines that run along its sides. Females also showing yellow and orange towards the fins of their anals.

A 70 gallon or greater aquarium with a lid that is sealed and a 2 to 3 inch sandy bottom to hide in when scared, and other peaceful wrasses including the species it owns, provide a good environment. It is able to eat fireworms as well as pyramidellid snails. It also protects corals and clams, which aren’t a problem for it. The larger species could devour smaller ornamental crabs and shrimp. It also may consume feather dusters, tiny tubesworms, wild shrimp, and flatworms. It could be a parasite eater on tank mates.

Richmond’s Wrasse diet must include mysis shrimp that are vitamin-enriched and frozen as well as vitamin-rich brine shrimp frozen in brine, and other meaty items in addition to the highest quality seafood flake, and pellets.