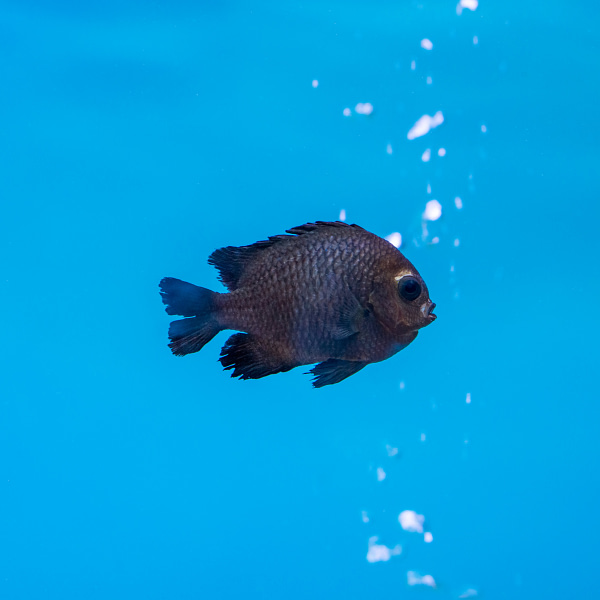 The Bluefin Damselfish is also called the Black Damselfish, Bowtie Damselfish the Yellow-back Damsel as well as the Royal Damsel. In its juvenile stage, it’s very attractive with its gray body highlighted by pink dorsal fins as well as the blue fins on its pectoral side. As the fish grows older, it will turn black.

In the wild the Bluefin Damselfish is generally a solitary fish, and is frequently is associated with soft corals on which it feeds. In aquariums, the baby is typically calm, but it can become extremely aggressive once it grows. It is best to keep it together with large species that are aggressive. Only one Bluefin Damselfish should be kept in an aquarium unless it’s huge. It could pose a threat to shrimp and may nip at soft corals.

The Bluefin Damselfish will eat almost anything, including frozen and flake preparations.

The Bluefin Damselfish as a juvenile features a gray body with a bright yellow dorsal as well as blue fins on its pectoral side. As the fish grows into adulthood, it is black uniformly. In the wild Bluefin Damselfish are typically solitary and are often closely associated with soft corals which it eats. In aquariums, the baby is typically tranquil but can be very aggressive when it grows. It is best to keep it together with large species that are aggressive. It could pose a threat to shrimp and could nibble on soft corals.