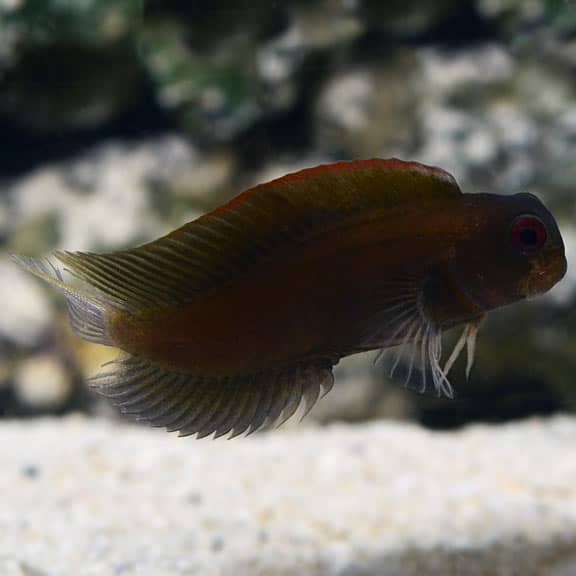 Often referred to as The Dusky Blenny, Brown Coral Blenny, Black Blenny, Highfin Blenny, or Brown Combtooth Blenny. Males tend to be bigger than females, and they experience an array of color shifts as they breed.