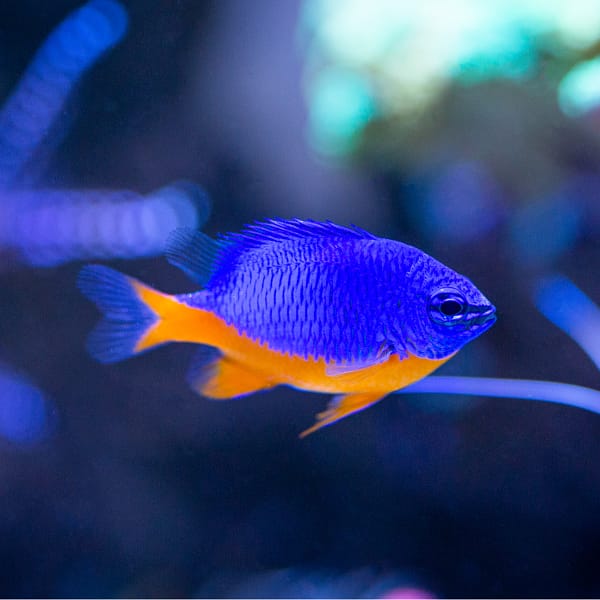 A 30 gallon tank or more with lots of rocks and decorations is best. Since it is tolerant of substandard water parameters, it’s an extremely popular fish for beginners. A small amount of Azure Damsels can add drama and color to any marine aquarium. It is important to keep this species alongside other fish that are semi-aggressive, since they could become territorial once they grow older. In larger reef tanks this should not be an issue if there are plenty of hiding spots available.

The Azure Damselfish diet should comprise of high-quality flake foods as well as frozen meaty foods like mysis or brine shrimp, and sometimes dried seaweed that is offered via a feeding clip.