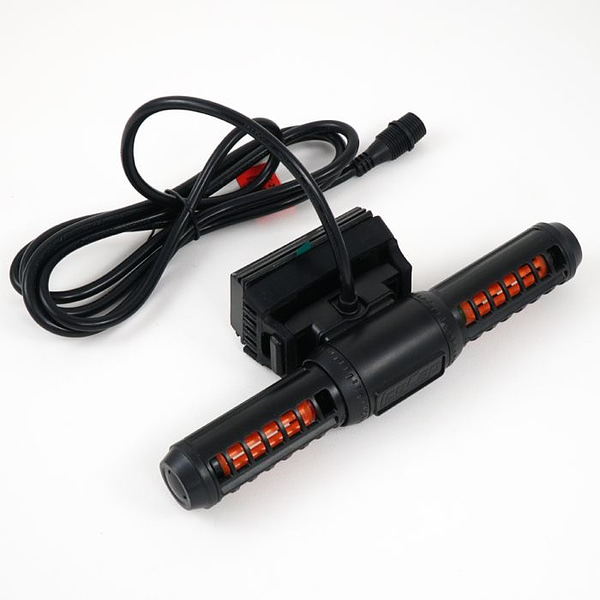 The IceCap Gyre is back and better than ever! The all-new IceCap 2K Gyre Flow Pump is more powerful than its 1K predecessor.

The IceCap 2K Gyre uses officially licensed technology by Maxspect, creators of the original Gyre pump, to generate the now-iconic gyre water flow in your aquarium—but without breaking the bank! The IceCap 2K is also Direct Drive Compatible with the HYDROS WaveEngine multi-pump controller. More on that later!

In addition to wireless and 0-10V control, the WaveEngine has the ability to control and power up to 4 pumps. Using the Direct Drive ports on the front of the WaveEngine, you can plug in pumps from different brands like IceCap, Reef Octopus, and Maxspect so you can power 4 pumps off a single power supply. By utilizing the Direct Drive ports, you no longer need the external controllers that are included with these pumps. If you’re using 4 pumps, imagine all the clutter you can clear out of your stand by not having to use 4 power bricks and 4 controllers and instead having one of each.

Due to the growing popularity of the WaveEngine, brands like IceCap are offering “pump only” versions of their products that do not include the external controller and power supply. Now, for a much lower price (you’ll save $100!), you can purchase just the pump itself and the mounting base so you can directly connect the pump to the WaveEngine. All you will need is the appropriate adapter, in this case, the HYDROS IceCap Gyre WaveEngine Pump Adapter, and you’ll be able to do things with flow that you never thought possible!

Wavemakers excel in making waves, while waves are spectacular to watch in motion, they are moving the majority of the water vertically up and down, with relatively low horizontal movement, especially near the bottom of the aquarium.

On the other hand, gyre generators excel in moving the sheer flow of water from one side of the aquarium to the other. The flow of water is so strong that it would bounce back from the opposite side to achieve full circulation within an aquarium, i.e., generating “gyre flows.”

Why have Gyre pumps taken the aquarium world by storm? There are three main reasons:

These three key points run in stark contrast to the performance of the status quo propeller-type pumps that once ruled our hobby. Sure, they can move water. But they don’t do it as efficiently and intelligently as the Gyre! For example:

Why is a Gyre Generator Superior to a Wavemaker?

Wavemakers excel in making waves. While waves are spectacular to watch in motion, they are moving the majority of the water vertically up and down, with relatively low horizontal movement—especially near the bottom of the aquarium.