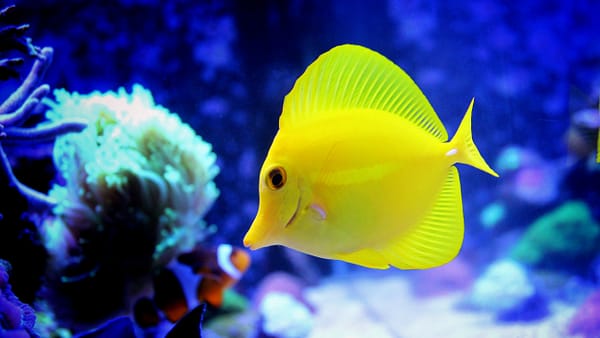 The Yellow Tang is, for many aquarists an iconic fish to be found in the saltwater aquarium. With its oval-shaped body vivid yellow hue and vivacious character, Zebrasoma flavescens brightens any marine system by bringing bright yellow and activity. Yellow Tang Yellow Tang is an active swimmer who will float around your aquarium in near-constant movement, serving in the role of an expert guide to aquarium tours sort to anyone who wanders along its route.

The Yellow Tang’s range of natural distribution is large across The Central as well as the West Pacific Ocean with populations predominantly located in Hawaii and the south, including into the Marshall Islands, Micronesia, and further west, all the way to the Philippines. So, Zebrasoma flavescens has many common names. It is also called the Citrus Tang (Guam), Yellow Sailfin Tang, or Yellow Surgeonfish.

For the best treatment for the Yellow Tang, it should be housed in a well-maintained clean, well-filtered aquarium with a minimum 100 gallons. For the best chance of creating a natural reef in Your Yellow Tang, aquascape generously with live rocks, but be sure to design your aquarium’s landscape so that there is open space with plenty of room to swim. Think about boosting water flow by employing powerheads or wavemakers. Similar to other Tangs in the family, this one of the Acanthuridae family displays territorial aggression toward its own species or Tangs generally. Thus, it is recommended to only keep 1 Yellow Tang per aquarium, except if more Yellow Tangs are brought in together in a huge aquarium.

While it is true that the Yellow Tang will eat meaty food items, it is vital to ensure that the Yellow Tang is offered plenty of marine-based algae and seaweed. This can strengthen immunity, lessen aggression and enhance overall health. Give dried seaweed, or Nori in the form of a vegetable clip and Spirulina as well as algae pellets.

Although it is most commonly found in those reefs off Hawaii The Yellow Hawaiian Tang’s habitat is actually found all over Indonesia as well as within the Great Barrier Reef. It is also known as the Great Barrier Reef. Yellow Tang is also often referred to as the Yellow Sailfin Tang or Yellow Surgeonfish. To ensure the best treatment, it must be kept in an aquarium that is more than 100 gallons, with plenty of space to swim. Similar to other Tangs in the family, this one belongs to the Acanthuridae family and exhibits territorial aggression toward its own species or Tangs generally. Thus, it is recommended to keep only one aquarium If more than one Biota Captive-Bred Yellow Tang have been introduced to the aquarium at once.